Texas leads the country in many ways. But not all of them are good, like being #1 in the number of times a wrong-way crash happens. Sadly, 237 Texans die in these collisions each year and one of these easily preventable collisions just happened again. This time a driver sped down the wrong side of Jacksboro Highway near Lakeside and slammed head-on into another vehicle. The other driver was hospitalized and was lucky to survive.

There are several reasons why these idiotic wrong-way crashes happen. Usually of course it’s alcohol and/or drugs. But sometimes a driver is on medications, drowsy, easily confused, or elderly. And in crazy cases, these crashes happen when the driver is fleeing the police, as was the case earlier this year at almost the same location.

In all cases, we must do more to stop innocent motorists from being hurt.

Texas transportation authorities are taking steps reduce the number of wrong-way crashes. These techniques include sensors and related technological devices that notify law enforcement officers when a driver has entered a highway going the wrong way.

END_OF_DOCUMENT_TOKEN_TO_BE_REPLACED

Last year, 10,876 people died in a drunk driving crash in America. That’s roughly 30 people a day or one person every 48 minutes. Those numbers are staggering and as much as we would like them to improve, the fact is, over the years they haven’t. Families affected by drunk and drugged driving deal with life-long effects from trauma, bodily harm and lost friends and loved ones.

Families of victims and survivors

END_OF_DOCUMENT_TOKEN_TO_BE_REPLACED
The latest DWI deaths in Texas hit home on Saturday night when a Frisco family driving on I-35 south of Austin was crashed into by a Dodge pickup. Two beautiful sisters, Hayden Weissman, who was 18, and Peyton Weissman, who was 16, tragically lost their lives. Their father, his girlfriend, and another sister were also injured.

To make this horrific crash even more maddening, Macario M. Hernandez, 61, ran away from the scene. Fortunately he was apprehended and is in the Hays County jail with a bail set at $250,000. At least he’s not getting back on our highways any time soon. Still worse, if that is possible, Hernandez had been arrested for DWI a shocking three times in the past.

This is infuriating. How does this keep on happening? And how can we stop the never-ending pattern of this never-ending carnage on our highways?

END_OF_DOCUMENT_TOKEN_TO_BE_REPLACED

Students at Texas Christian University returning from spring break today must be heart-broken to learn that popular Assistant Dean Jamie Dulle tragically died last week in a Fort Worth DWI crash. She was rear ended by an intoxicated driver not far from their campus.

This story makes you want to cry. Ms. Dulle’s future was bright. She was only 41 and had been awarded a Ph.D. a few months ago. To make things worse, she leaves behind two children.

A 33-year-old woman, Cristen Hamilton, has been charged with intoxication manslaughter. KDFW-TV reported that the drunk driver was speeding and the crash was severe, of course.

Here’s another tragedy in the never-ending saga of DWIs here in North Texas.

END_OF_DOCUMENT_TOKEN_TO_BE_REPLACED

The Texas DWI rate in Texas is out of control. Consider these four episodes reported in the media over the past two weeks if you don’t think we have a problem with driving while intoxicated here.

Former University of Texas legend Vince Young was arrested for the third time in two years for driving while intoxicated outside of Houston. His black Cadillac was at a stop in the middle of an intersection with its hazard lights flashing very early in the morning. The arresting officer said that Young had slurred speech, smelled of alcohol, and failed field sobriety tests.
END_OF_DOCUMENT_TOKEN_TO_BE_REPLACED

I call on Dallas, Fort Worth, and the other cities in North Texas to establish a car crash task force to reduce our high death and injury rate on our roads. I understand that no one wants to be stopped and given a traffic ticket. And sometimes the cop is overly aggressive and the driver hasn’t been speeding or isn’t over the blood alcohol limit. But we have a shocking 80,000 car wrecks in Dallas and Tarrant Counties every year — 220 a day — that injure and take the lives of innocent drivers.

An illuminating article last week in the Houston Chronicle followed up on its previous investigation into that city’s worst auto crash rate in the country ranking. And the newspaper found that there enforcement of traffic laws had been reduced although officials knew that fatalities and personal injuries were rising. Now, in only two days in Houston, the officers on a new task force made over 400 traffic stops, wrote almost 300 tickets, and arrested 38 people — including 23 for DWI.

You never think you will be injured in a car accident. But after work yesterday, I drove a settlement check to a client who had major surgery after a young driver ran a light. I was saddened that the poor woman is still hobbling around behind a walker six weeks later. I took her to her bank since she has no car and is not able to work.

And I met a client this morning to advance her money to help pay for the surgery she is having later today after a drunk driver crashed into her car.

It is obvious that we are not doing enough to protect the public from bad drivers.

My guess is that DFW area police would have the same results here as in Houston since we know we have a major problem.  Tarrant County has 10 “No refusal weekends” throughout the year where blood draws to curtail DWIs are mandatory. This past Super Bowl weekend was one of them and the Stock Show weekends going on down University Drive from my building are also on the list.

END_OF_DOCUMENT_TOKEN_TO_BE_REPLACED

Super Bowl Sunday is one of the biggest drinking days — and drunk driving nights — of the year.  Statistics show that crashes can double.

END_OF_DOCUMENT_TOKEN_TO_BE_REPLACED

Since Texas leads the country in DWI crashes, it’s no surprise that we have a lot of them in the Dallas-Fort Worth area. But the latest incidents reported just today are truly shocking. 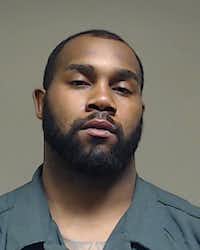 He had fallen asleep in the drive-through lane of a fast food restaurant in McKinney.

No doubt he had too much to drink (or smoke?) watching the NFL championship games all day but the last one had ended four hours before.

You have to wonder how drunk or stoned he had to be at that point. And glad he didn’t crash into other drivers.

You will remember that it was barely a month ago when a Dallas jury awarded $25 million to the family of a Dallas Cowboy killed after another Cowboy who had consumed 17 alcoholic beverages flipped their Mercedes over at 110 miles per hour after leaving a bar.

END_OF_DOCUMENT_TOKEN_TO_BE_REPLACED

Utah just lowered its blood alcohol content limit from .08% to .05% on December 30th — the day before New Years Eve. What a great idea. Obviously, the fewer people who are driving while intoxicated, the safer we will all be.
Utah said it was tired of arresting an average of 29 people a day, or 54,000 people over the last five years, but see people keep drinking and crashing. And that’s in a state that’s 60% Mormon and who are not even allowed to drink any alcohol.

So what should we do in a serious drinking state like Texas?

END_OF_DOCUMENT_TOKEN_TO_BE_REPLACED

Tonight is one of the most exciting and enjoyable holidays of the year. But some people get overly excited about the possibility of a fresh year. The holiday is synonymous with excessive consumption of alcohol. Starting on the weekend and culminating with New Year’s Eve DWIs are common. With all of the parties and events going on all over the Dallas-Fort Worth area tonight, car accidents causing serious personal injuries will increase.

To counter the increase of people who are driving while intoxicated and under the influence, this is a No Refusal Weekend across North Texas. Police departments will be out in force and will draw blood or take suspected drunks to hospitals, even without their consent. Tarrant County is particularly aggressive in pulling over drivers and prosecuting them for DWIs.